HELLES - Ordinary Seaman Joseph Murray, Hood Battalion, 2 Naval Brigade, RND - For Joe Murray his Gallipoli experiences at Helles were just beginning ... "We appear to have got quite a few guns ashore; they and the French quick-firing '75s' plastered the Turks who heartily reciprocated." Joseph Murray 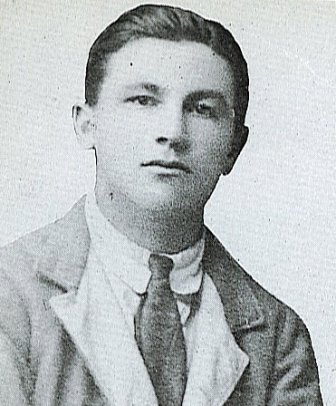 "Just before dawn, heavy firing broke out on the extreme left. The French on the right joined in and soon the whole line from the Straits to the sea was in turmoil but it died down shortly after daybreak. With the exception of sporadic outbursts, the line was comparatively quiet but the warships off-shore were doing a bit of shelling, We, however, are at peace but it is too noisy to sleep even though we are all desperately tired but it's nice to know the ships are still there. although we cannot see them firing, we can see their shells bursting on the slopes of Achi Baba. It must be uncomfortable up there for the Turks.

The sector was quiet and we sat under the stunted trees and among the bushes and brewed tea. The Turks were miles away - or so it seemed - but snipers were active. a strange feeling to be sitting at ease in the front line, without a care.

As usual, when it began to get dark the French on our right commenced their rapid fire. They must have fired in all directions again as two of us were wounded by their long copper bullets. The firing spread along the entire front".

Joe Murray's book is highly recommended and should be read by everyone interested in Gallipoli. Unfortunately Joe was to die before I could interview him personally, but his daughter Vera was of great help in my research and keeping his memory alive.

HELLES - The Turkish night attacks stretching from the nights of 1 May through to 3 May had been a close run thing. At times it seemed likely that the Turks would break through the lines and both Hunter Weston and d'Amade were deeply worried. On the 4 May both generals sought to make the case for reinforcement and relief to General Sir Ian Hamilton. 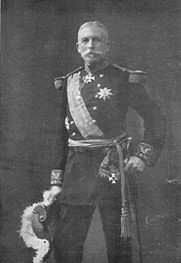 "Last night again there was all sorts of firing and fighting going on, throughout those hours peaceful citizens ear-mark for sleep. I had one or two absolutely hair-raising messages. Not only were the French troops broken but the 29th Division were falling back into the sea. Though frightened to death, I refused to part with my reserve and made ready to go and take command of it at break of dawn. In the end the French and Hunter-Weston beat off the enemy by themselves. But there is no doubt that some of the French, and two battalions of our own, are badly shaken - no wonder! Both Hunter-Weston and d'Amade came on board in the forenoon, Hunter-Weston quite fixed that his men are strained to breaking point and d'Amade emphatic that his men will not carry on through another night unless they get relief. To me fell the unenviable duty of reconciling two contrary persuasions. Much argument as to where the enemy was making his main push; as to the numbers of our own rifles (French and English) and the yards of trenches each (French and English) have to hold. I decided after anxious searching of heart to help the French by taking over some portion of their line with the Naval Brigade. There was no help for it. Hunter-Weston agreed in the end with a very good grace. In writing to Kitchener I try to convey the truth in terms which will neither give him needless anxiety or undue confidence. The facts have been stated very simply, plus one brief general comment. I tell him that the Turks would be playing our game by these assaults were it not that in the French section they break through the Senegalese and penetrate into the position. I add a word of special praise for the Naval Division, they have done so well, but I know there are people in the War Office who won't like to hear it. I say, "I hope the new French Division will not steam at economic, but full, speed!" and I sum up by the sentence, "The times are anxious, but I believe the enemy's cohesion should suffer more than ours by these repeated night attacks."