HELLES - On 5 May Hamilton was getting ready to launch an offensive at Helles; the Second Battle of Krithia. This was where the fighting would be based for the next three months as Anzac was reduced to a relative backwater. Time and time again the British and French forces would be hurled at the Turkish lines protecting the village of Krithia and Achi Baba - the first day's objective. 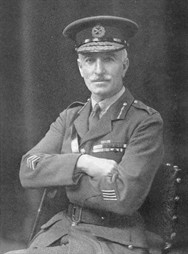 ANZAC Corps troops would also play their part in the Second Battle of Krithia which would start on 6 May 1915. Brigadier General William Marshall reviewed the arrangements as Hamilton sought to amass every man he could for a desperate assault.

"On 5th May the Lancashire Fusilier Brigade of the 42nd Territorial Division was landed and one battalion brought up on the extreme left to take the place of the KOSB, whilst the 87th Brigade took over more of the line on its right. When I was taking over this extra bit of line I noticed that there were two dead Turks lying some 80 yards behind it, so suggested to the officer commanding the battalion then in occupation that if might be a good thing to have them buried. He demurred to this suggestion by alleging that, as his battalion had not killed them, it was not part of their job to bury them - quite an extraordinary point of view for anyone to adopt. In addition to the afore-mentioned reinforcements an Australian and a New Zealand Brigade, as well as artillery from Anzac were also brought to Helles on the 5th. The G.O.C.-in-C, had decided that every possible effort must be made to gain the Achi Baba position." (Brigadier General William Marshall, Headquarters, 87th Brigade, 29th Division).

HELLES - The following is an extract from a letter dated 5th May by Reverend Oswin Creighton, C of E Chaplain to 86 Brigade, 29th Division, MEF - : "I am sending a large batch of diary which I hope will reach you some day. Of course it does not give news since I landed, which I managed to do at last on Sunday evening. I feel I could write books on my doings since then. I am most interested to find how all my horror and a great deal of my cowardice has left me." 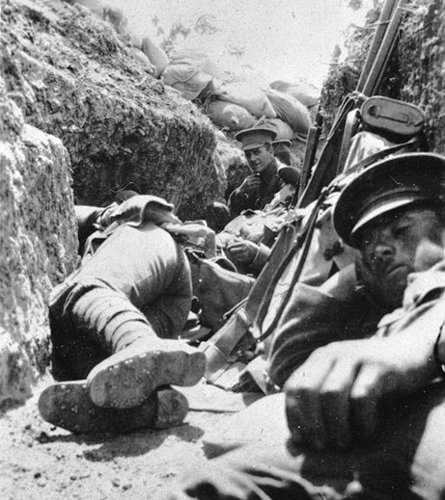 "I have not seen any particularly gruesome sights yet, nor been in any real danger, so I have not had a severe testing. I think one of the stupidest things about the inconceivably appalling stupidity of war is the way life is squandered to no military purpose, simply by reasonable precautions being neglected. I suppose you will have seen the casualty lists. Well, I forbear all comments. I am quite callous. In fact the strange thing, I find, is that I am really extremely happy, though, as I say, I have not had anything bad to shake me. There is more goodness and true unselfishness and seriousness about on this blood-stained peninsula than there is at a racemeeting, for instance, and that seems the only thing after all that matters. It is no excuse for war, but it makes it quite possible to be happy in it. The men, especially my two regiments, are really simply wonderful after what they have been through. Men who were at Mons say that was nothing to it. One of the Irish regiments in my brigade has only one officer left. I don't think anything more ghastly can be conceived than the landing. The great thing, in my opinion, is that the weather has been so fine (though the nights are cold), and every one is well. I feel so sorry for the Turks, because I am sure they hate it all so. I wish I could talk to their wounded. Of course the strain on my regiments who have been in the firing line without one night out since they landed is terrible, especially now they are less than half strength. But I wish you could have seen the junior captain of one regiment who was left in command and five other officers (out of twenty-four) handle their regiment, as I saw them do. They might have been born to it. But officers should not be married ; though I think if they are not they think of their mothers just as much."

"I am coming back to the base at nights now, as I find there are so many commissions for me to undertake for officers and men that it is the best plan, and also I can do better if I sleep, which was utterly impossible in that shindy on Monday night. I think, if I might perhaps make a suggestion to everybody who cannot take a direct part in war, it is that there is really no need to feel miserable about it. Of course everybody hates and loathes it here and only longs for it to finish, but I think the real reason is that they feel it is such an utter misuse of their lives, not so much from fear : and on the whole nerves are wonderfully absent. I think what I really mean to say is, that sin and evil alone should make us feel miserable, and I have never felt their absence as much as since I landed here. If people lose those they love, may they not have at least the supreme consolation that the vast majority of them have died better men than they were before ? And after all goodness is the only thing that matters, is it not ? All the old scriptural phrases seem to have a new meaning. Men are born again. Their sins are forgiven for they love much. All are kind and considerate and really think least of themselves, or if they don't the fact is very conspicuous and rare. Don't think I don't mind these dear fellows being killed. When I said goodbye to one regiment which had at last had one day out of the firing line and was unexpectedly ordered back there while I was with them, though still tired out and longing for a good rest, it was very hard - I cannot tell you how hard, but it was not depressing. As I walk about and the guns blaze away all round, and the ships pour their large shells onto a little hill, and every possible contrivance that it seems possible to imagine is being put into use, and I realize the labour, and time, and cost, and brains involved, I only think of the waste and utter madness and stupidity of it all. But after all it is no worse than the energy expended in growing rich. Well, I seem to be wandering, but the meaning of life and death and things in general is so much more interesting than what is actually happening though I own that has a very strong, but really I think only passing, interest. I feel my experience and sympathies so tremendously widened during the last three days. I am afraid I shall have very horrible sights to see soon, as we have got to get through at any cost, and we all know what that means."