Captain Ashir Arkayan, Artillery, Fifth Army and Lieutenant Henri Feuille, 52nd Battery, 30th Regiment - Whatever problems the British were having with fire from across the Dardanelles, it was ten times worse for the French under the relentless hammer of the Asiatic guns. 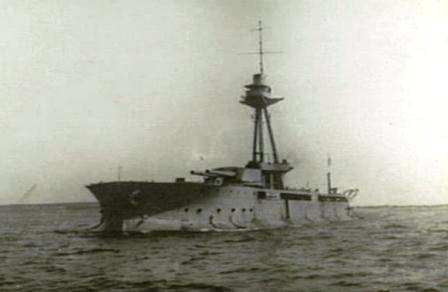 Captain Ashir Arkayan was one of those Turkish officers responsible.

"I was appointed to command the 10.5-centimetre battery on the Anatolian coast. The battery had been removed from one of our warships and remounted. My duties were as follows:- 1). To harass the flank and rear of the enemy in front of our lines at Sedd el Bahr and to destroy gun position in this sector. 2). To keep the enemy's landing stages at Sedd el Bahr and at Tekke Bay under fire, to stop him using his jetties and to harass him. I carried out these duties with much success. In order to knock me out the enemy stationed two monitors off Kum Kale, but, while they tried for days with 34-centimetres guns to neutralise me they were unable to do so."

This process was watched with a detached Gallic amusement by Lieutenant Henri Feuille on 25 July.

"Two English monitor fired their big guns on Kum Kale, Yéni Chehir and Eren Keui. If it didn't do any good it, it couldn't do any harm! It was a lot of noise for nothing! They fired at long intervals on the Asian coast. Connected to land by a telephone line, we did our best as observers to try and range their fire. At last! By a miracle a shell seemed on target. It exploded, shaking the very Straits close to the 'Batterie des Cochon'. To encourage the monitor's gunners we said, "Direct hit!" Half an hour, an hour passed: nothing occurred, complete silence! What had happened? We telephone the monitor which after numerous calls answered. "Le shooting has finished, all right, fini! We've hit the target, killed the 'pigs'! Nous buvons le champagne! Au revoir!"

Happy in their work the monitors weighed anchor and left the puzzled French to ponder the wonders of alliance warfare. Several monitors were deployed for bombardment tasks at Gallipoli. HMS Abercrombie was one such - notice her specially built blister sides to protect the main part of the structure against torpedoes. She carried two large American guns of a 14.5" calibre.