ANZAC - News of the tremendous success at ANZAC on the night of 19 May gave a great boost to Hamilton when he heard on 20 May. He wrote: "Tidings of great joy from Anzac. The whole of the enemy's freshly-arrived contingent have made a grand assault and have been shattered in the attempt. Samson dropped bombs on them as they were standing on the shore after their disembarkation". 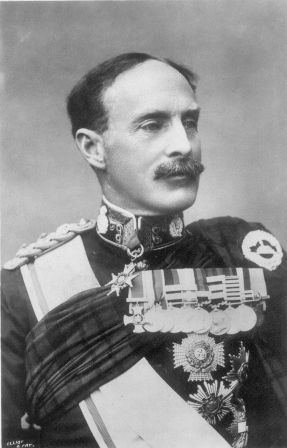 "Next, they were moved up into the fight where a tremendous fire action was in progress. Last, they stormed forward in the densest masses yet seen on the Peninsula. Then, they were mown down and driven back headlong. So they have had a dreadnought reception. This has not been a local trench attack but a real battle and a fiery one. I have lost no time in cabling the glorious news to Kitchener. The cloud of these coming enemy reinforcements has cast its shadow over us for awhile and now the sun shines again. Aubrey Herbert saw me before dinner. He brings a message from Birdie to say that there has been some sort of parley with the enemy who wish to fix up an armistice for the burial of their dead. Herbert is keen on meeting the Turks half way and I am quite with him, provided Birdie clearly understands that no Corps Commander can fix up an armistice off his own bat, and provided it is clear we do not ask for the armistice but grant it to them - the suppliants. Herbert brings amazing fine detail about the night and day battle on the high ridges. Birdie has fairly taken the fighting edge off Liman von Sanders' two new Divisions: he has knocked them to bits. A few more shells and they would have been swept off the face of the earth. As it is we have slaughtered a multitude. Since the 18th we are down to two rounds per gun per diem, but the Turks who have been short of stuff since the 8th instant are now once more well found. Admiral Thursby tells me he himself counted 240 shells falling on one of Birdwood's trenches in the space of ten minutes. I asked him if that amounted to one shell per yard and he said the whole length of the trench was less than 100 yards. On the 18th fifty heavy shells, including 12-inch and 14-inch, dropped out of the blue vault of heaven on to the Anzacs". (General Sir Ian Hamilton, Commander In Chief, Headquarters, MEF).