HELLES - During the evacuation the problem on the beaches was too much of everything, as troops, guns, pack animals, stores and munitions all competed for evacuation, whilst what remained was prepared for destruction. It required considerable organisation to co-ordinate everything smoothly and avoid unnecessary delays. Brigadier General James O'Dowda had been appointed as military commander of W Beach on 1st January. It soon became apparent that this was not an easy task. 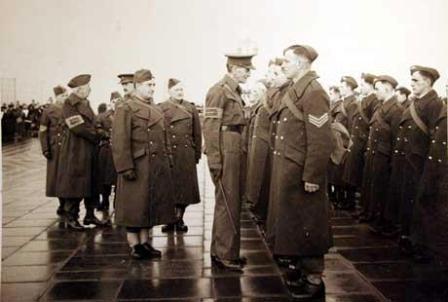 "I found a great deal of confusion and lack of organisation reigning on the beach. This I proceeded to remedy as soon as I could, parcelling off areas of the shore to my various assistants and advising them how to create some order out of the confusion." (Brigadier General James O'Dowda, PMLO of W Beach)

He needed a sharp and enthusiastic staff to implement his decisions and one of those chosen was Lieutenant P M Campbell whose regiment, the Ayrshire Yeomanry, had been evacuated on December 30. It was a difficult and frustrating task.

"We are engaged, as you may judge, in infernally difficult work, and on two nights the weather has played the deuce with everything. I never had more difficulty in keeping my head in my life. Dealing at night with refractory piers, refractory boats, refractory Indians, and more refractory mules, and meanwhile shells at the rate sometimes of three to the minute, from two different directions and from as many as seven guns, is just about the limit." (Lieutenant P. M. Campbell, Ayrshire Yeomanry)

With large quantities of alcohol, as well as many other highly prized items, remaining in the abandoned canteens pending their destruction looting was a potential problem. To prevent it O'Dowda instituted tight controls over the stores he controlled at W Beach.

"I noticed a good deal of looting going on. I had therefore to arrange for police and patrols to look after the dumps to stop this practice. Not that I minded the stores being taken, as I realised that thousands of tons would have to be destroyed, but it was very bad for the discipline of the area. But on one occasion a very exalted General Officer and his Staff paid us a visit to see the progress we had made, and on their departure the General asked for some bales to be opened when he knew what the contents were, and in front of a considerable crowd of onlookers he and his staff proceeded to loot them properly."

In the face of such behaviour O'Dowda's response was both positive and sympathetic.

"Well this rather took the wind out of my sails, so after the incident I allowed what I called organised looting, that is the men who arrived for embarkation were allowed to take what they wanted under the eyes of the police. Up to this time all comers had been supplied with new uniform and underclothes, and boots, but now they could take luxuries, such as mackintosh capes, gum and thigh boots, and even bicycles."

But even this new found generosity did not extend to the stores of alcohol.

"I decided that I must remove this source of temptation from those who were still to come. I therefore sent my police in charge of an officer and armed with crowbars to the Canteen, and they dealt very effectively with all that liquor. It was a very unusual sight, and one that brought tears to the eyes of some of the thirsty onlookers, to see a stream of mixed liquor making its way down to the beach, some of it fizzing merrily. Also the fumes were noticeable quite a long way off."

The officers' mess of Hawke Battalion found itself faced with a distressing crisis as Lieutenant Douglas Jerrold reports with his customary wit.

"The situation seemed to us most serious of all when an order came to destroy all stores of alcoholic liquor, coupled with a request for a telegraphic report to the effect that the order had been carried out. Within the appointed time the Hawke Battalion orderly room reported that "All surplus stores of alcoholic liquor has been destroyed", but it appeared this qualitative interpretation of the intentions of the staff was incorrect, and thirty six hours later the mistake which had been made was pointed out in terms which were commendably explicit." (Lieutenant Douglas Jerrold, Hawke Battalion, RND)