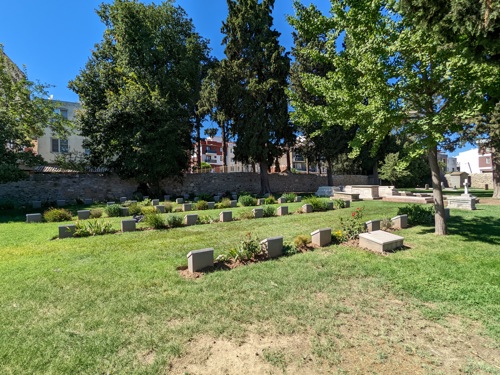 When visiting Gallipoli, be sure to stop by the British cemetery in Çanakkale. Although only a few Gallipoli burials are to be found here, they are full of interest, and the cemetery itself has a fascinating history, from its Levantine origin, through two world wars and the British occupation of Turkey (1919–1923) to post-war Gallipoli pilgrimage.

This short guide aims to help the independent traveller gain access to the cemetery. Information is correct to September 2022, when the author last visited Çanakkale. 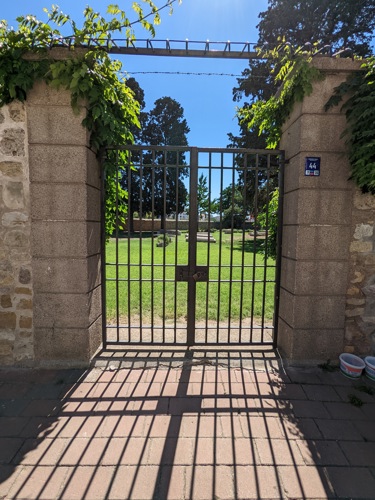 The British cemetery, properly named the Chanak Consular Cemetery, is administered by the Commonwealth War Graves Commission (CWGC). Unlike those on the peninsula, this cemetery is locked. Pick up a key from the CWGC office in Çanakkale. The office is open Monday to Friday, 8:30am to 4:30pm. The address is 166 İnönü Cd (Cd = caddesi, avenue). It’s best to ring ahead as the office may not be staffed at all times. The number is +90 2862 171 010. The CWGC staff are friendly and helpful.

From the Çanakkale ferry wharf (iskele), it’s a pleasant ten-minute walk (850m) along pedestrian boulevards and back streets to the CWGC office. There’s plenty to see along the way and the walk is mostly shaded.

Start at the clock tower near the ferry wharf. Head south then bend to your left when you hit the main shopping and pedestrian street. You can’t get too far lost. View this Google Map for a route that passes some of the town’s historic points of interest, like the colourful Ottoman coat of arms above the 17th century Turkish bath, a Hebrew inscription at the entrance to the covered bazaar, and the Armenian church, now a museum but not open to the public.

İnönü Avenue is a main road. The CWGC office is the last building on the road before the bridge over the Sarıçay river. Look for number 166 on the west (Dardanelles) side of the road. These photos show the entrance. 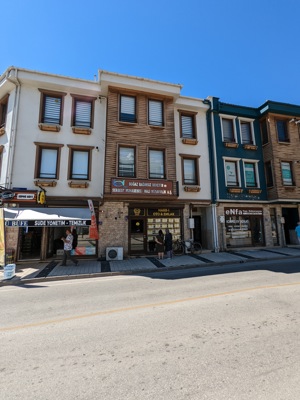 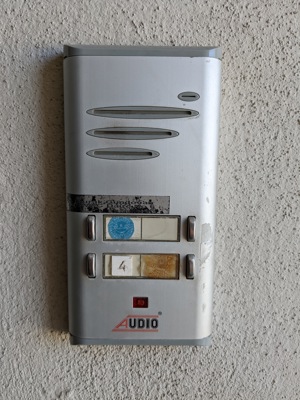 Press the buzzer, then head up two flights of stairs. 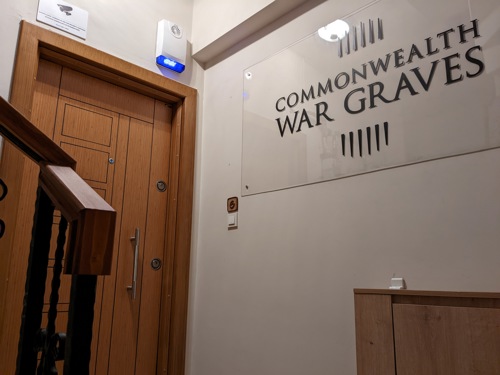 Once you have the key, it’s a further 1.1 km walk (about 15 minutes) to the cemetery. The entrance is on Şevket Bey Sk (Sk = sokak, street). Use Google Maps to plot the most direct route from the CWGC office via Köprübasi Cd and Setboyu Cd to the cemetery. This part of the walk is less shaded, and can be hot and dusty. Another option is to follow the foot/bicycle path along the river.

A plan of the cemetery is available on the CWGC website. 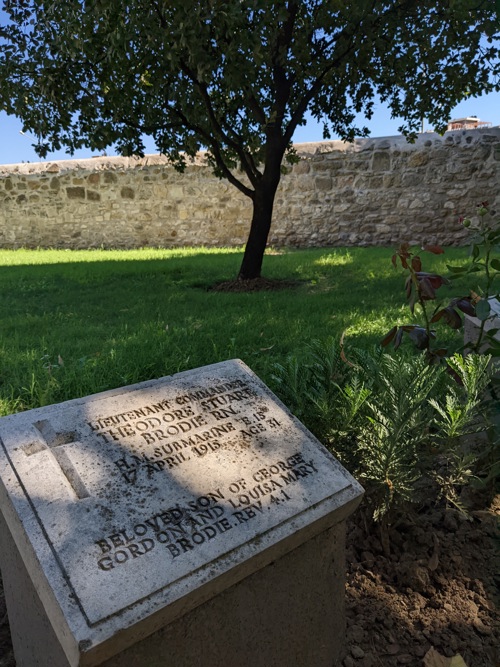 Three burials relate directly to the Gallipoli campaign. These are men of the submarine E15, including the commander Theodore Brodie, RN. They died in an attempt to penetrate the Narrows on 17 April 1915. Later, the remains of two Gallipoli men who died in 1915 as prisoners of war were moved from Rodosto (modern-day Tekirdağ) to this cemetery.

A French pilot was buried here during the First World War. Jules Lecompte was shot down in aerial combat over Gallipoli on 6 January 1916. A handsome wooden cross erected over his grave by Ottoman and German airmen was seen by a British soldier in December 1918. Lecompte’s remains were reinterred at Helles in the French national cemetery (grave number 2239) in 1923. Sadly, the grave of a Greek pilot with the Royal Naval Air Service, buried in this cemetery in January 1918, has been lost to time.

Other British army burials date to the post-war period when the Gallipoli Peninsula and Çanakkale were occupied by an Allied force. There is also a plot with Russian nurses and labourers who died 1919–1920. 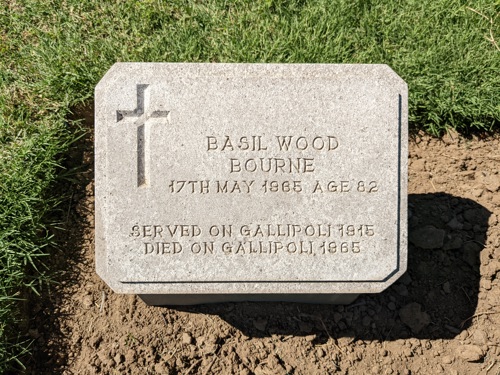 Basil Wood Bourne, a corporal in the 3rd Battalion, Australian Imperial Force, fought at Gallipoli in 1915 but died at Anzac 50 years later. The story is told in the first edition of The Gallipoli Association’s journal. See ‘The Anzac’ in The Gallipolian of Christmas 1969, available to members on this website.

Also with CWGC headstones are two New Zealand women, former staff nurses on holiday, who died in a traffic accident in 1965 when heading to the Anzac battlefields. Learn more about this tragic story in Stephen Chambers’ book Anzac: The Landing (pages 198–199).

There are also civilian burials from the 19th century Levantine community, including the Calvert family who maintained the cemetery for many years, and owned the land that contains the mound of Troy.

Adjoining the British cemetery is the French or Catholic cemetery. I have never been able to gain access. (The CWGC office does not have a key.) Find a foothold to look over the wall. The cemetery is overgrown and forlorn, apparently plundered for stone and otherwise vandalised until the French government had it locked off.

After your visit to the British cemetery, you’ll need to return the key to the CWGC office. Remember that they close at 4:30pm.

Amble back through the town, and reward yourself with a tea or beer in the wisteria-covered courtyard of ‘the Han’, an Ottoman-era caravanserai (inn). 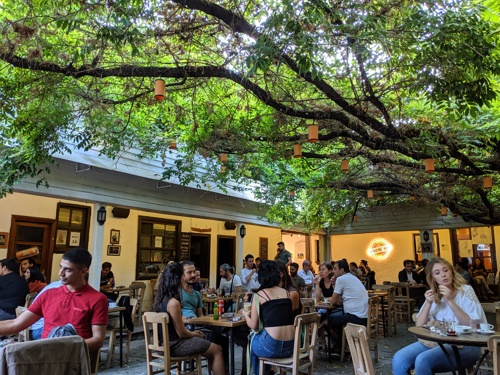 If walking is not an option, taxis are cheap. The fare is shown on the driver's rear view mirror. It can be difficult to grab a cab except from a rank. There’s one at the ferry wharf. Show the driver the address of the CWGC office. The British cemetery is İngiliz mezarlığı (een-gee-leez mezar-lur).

There are many other attractions in Çanakkale, not marked on this map, that will reward two or three days exploring, eating and drinking in the town.