HELLES - It was on 6 July that Ordinary Seaman Joe Murray, Hood Battalion, was attached to the Divisional Engineers of the RND where he would continue in this role to the end of the campaign. He would find out on his very first day that this was not a cushy number. 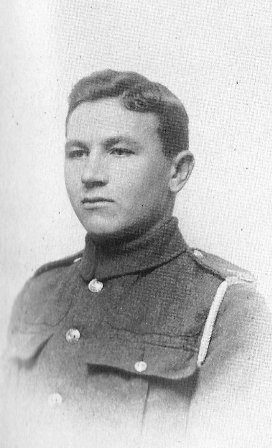 "A change is as good as a rest and today I have had a change. I was included in a party of twenty-four from the Hood Battalion loaned to the Divisional Engineers. A few days ago men with any knowledge of mining had been asked for and I put my name down. It was early evening when we reached the Engineers' dump in a small gully. They were having a concert when we arrived. What a change. A good laugh and a cup of cocoa - the first since leaving the Grantully Castle. It was a treat. The evening was as cool and refreshing as the cocoa but I wonder what happened to the cocoa for our mob. If the Engineers could get cocoa, why could not the fighting men? We were awakened at 5am, and after a breakfast consisting of tea, a slice of fried bacon and a couple of three-inch-square biscuits, we set off for the support lines at six a.m., armed with picks and shovels. The Engineer chap led six of us out into the open ground between the forward and support trenches. It was dead ground and we walked about unseen. With the exception of a few stray bullets which appeared to be high over our heads, we were left unmolested. The Engineer marked out a square which he said was to be a gun pit and detailed four men for the job. A man called Jones and I and the Engineer moved back about thirty yards or so where we began sinking a well. I was put in charge of both the gun pit and the well. It was a soft job, we thought, and our well began to take shape. The soil was easily dug for the first four or five feet and we had room to get rid of it away from the top. Everything went like a song until eight o'clock when a burst of shrapnel killed two and seriously wounded the other two on the gun pit site. Jones and I went over to investigate the damage. We carried the wounded to a nearby trench and then went back for the other two. We were determined that they should be buried as there were so many that had already fallen in the open and remained unburied. Now we are committed to trench warfare, they could lie there for months. We dragged their bodies back to the trench only to find that both the wounded had died. The Engineer chap came to see how were getting on. He was obviously distressed and said he would arrange for the burial. . With this assurance we continued with the well. So much {or our soft job! Within two hours, four out of the six of us were dead. It was the only shell that fell anywhere near us the whole day. The gun site was not visible. It was just one of those things we cannot grasp."