The 3 December was a day of intense annoyance for Sir Charles Monro and his staff. The day before they had received a telegram from Kitchener which indicated that the Cabinet in London still harboured a great deal of doubt as to the necessity and practicality of evacuating Gallipoli. 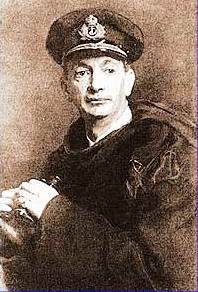 “The Cabinet has been considering the Gallipoli situation all day. Owing to political consequences, there is a strong feeling against evacuation, even of a partial character. It is the general opinion that we should retain Cape Helles. If the Salonika troops are placed at your disposal for an offensive operation to improve the position at Suvla, could such operations be carried out in time, with a view to making Suvla retainable by obtaining higher positions and greater depth? The Navy will also take the offensive in cooperation."

A horrified Monro replied on 3 December.

"I fully recognise the complexity of the situation which has arisen. I do not, however, think that the proposal to employ four fresh divisions in order to gain a more secure position at Suvla can be regarded as an operation offering a reasonable chance of success. In respect of naval cooperation, the character of the terrain on the Peninsula is such that naval guns cannot search the Turkish positions. The fire of howitzers would be needed to do so effectively. The many deep ravines and gullies are very favourable for the concealment and protection of the Turkish reserves and for their rapid transference in case of bombardment. Nor do I think the supply of the Turks on the Peninsula by the two lines available to them would be prevented by naval action."

This was hard-headed practical advice. But Commodore Roger Keyes who was campaigning hard for another attempt to force the Dardanelles Straits were furious. How dare Monro have an opinion!

"General Monro’s experience was limited to one visit to the Peninsula; he landed at Helles, Anzac and Suvla on 30th October and remained for about half an hour in the vicinity of the beach at each place. His Chief of Staff never landed on the Peninsula at all. The opinion of the Generals with experience in Gallipoli, who were opposed to evacuation, was ignored. With reference to naval cooperation, General Davies had actually reported most favourably on the great value of naval gunfire in an attack that was delivered at Helles on 15th November. General Monro had been informed that the Agamemnon, Emdymion and a monitor, operating in the Gulf of Xeros, had bombarded Kayak Bridge and completely destroyed the two centre arches and seriously damaged the northern approaches to the bridge and the road. The Kavak River and marshes being full of water at this season, the enemy’s communications along the seaward side of the Bulair Isthmus were thus cut. Ships in the Marmora could completely control the other road, as well as all sea-borne transport. Nevertheless, the last paragraph of General Monro’s telegram expressed his opinion on a naval matter - which was quite outside his knowledge or experience - diametrically opposite to the opinion which Admiral Wemyss and I had repeatedly impressed upon him. Moreover, he knew that the Admiral was ready to stake his life, his reputation and his fleet on the belief that he could force the Straits, cut the two Turkish lines of supply and thus extricate our Army from its difficult position."

That night Keyes expressed his frustration in his diary.

"The most awful difficulties were raised. They simply don’t know how to make war. What wouldn’t I give for Johnnie or Hubert Gough to put life into the proceedings. They simply hate our trying to hurry things. It is hard to ‘wait and not be tired of waiting’ and ‘make allowance for their doubting too’ - but I am trying to."

Monro's Chief of Staff was Major-General Arthur Lynden-Bell who in turn considered that all this naval theorising by the likes of Keyes was nothing more than a nuisance.

"The Navy are giving us a great deal of trouble - I say the Navy but it is really Roger Keyes - by continually trying to urge us to help them in putting forward their pet scheme of forcing the Narrows. This we absolutely decline to do as we cannot see how the operation could possibly succeed, and if it did succeed it would not help the military situation at all. This has been pointed out frequently to the Vice~Admiral and to Keyes, but they still persist, and their last effort has been to wire to the Admiralty and urge that we should make a land attack on Achi Baba. To this we have replied that the operation is quite beyond our powers and would require at least 100,000 men."

This whole lingering distraction to the process of planning the inevitable evacuation was described by the splendidly acerbic Lyndon-Bell as, “The swan song of the lunatics!”