HELLES - V BEACH - Captain George Stoney had organised parties of the Dublin and Munster Fusiliers on the beach ready to join in the attack advancing left of Sedd el Bahr straight up to Hill 141. They were still faced with a formidable barrier of barbed wire. One of the first to reach it was Corporal William Cosgrave, at 16 stone and 6 foot 6” he was a veritable giant of a man.

"The dash was quite 100 yards, and I don't know whether I ran or prayed the faster - I wanted to try and succeed in my work, and I also wanted to have the benefit of dying with a prayer in my mind. Well, some of us got close up to the wire, and we started to cut it with pliers. You might as well try and snip Cloyne Round Tower with a lady's scissors, and you would not hurt yourself either. The wire was of great strength, strained as tight as a fiddle-string, and so full of spikes or thorns that you could not get the cutters between. I threw the pliers from me, “Pull them up,” I roared, “Put your arms round them and pull them out of the ground!” I dashed at the first one; heaved and strained, and then it came into my arms and same as you'd lift a child. I believe there was wild cheering when they saw what I was at, but I only heard the screech of the bullets and saw dust rising all round from where they hit. I could not tell how many I pulled up. When the wire was down the rest of the lads came on like 'devils,' and notwithstanding the pulverising fire, they reached the trenches. A machine gun sent some bullets into me, and strange, I was wounded before I reached the trench, though I did not realise it. When I got to the trench I did my own part and later collapsed. One of the bullets struck me in the side, and passed clean through me, took a couple of splinters off my backbone and passed out on my right side." (Corporal William Cosgrove, 1st Royal Munster Fusiliers, 86th Brigade, 29th Division)

The men from the beach were joined by those bursting out of the village as together they surged towards the old fort on Hill 141, racing across the final stretch of open ground to over-run the last few Turks at about 14.00 on 26 April 1915.

ANZAC - Both sides spent the night of 25-26 April trying their best to consolidate their positions wherever they had been washed by the tides of battle on 25 April. When the next day finally dawned they could at last see where they were. And of course their enemies could share that view.

The Turks had succeeded in smuggling several men through the porous Australian lines to take up concealed positions on Russell’s Top which was almost vacant of Anzac troops. From here they could shoot straight into the backs of the men in the trenches on Second Ridge and Pope’s Hill. Amongst them was Private Harry Murray. 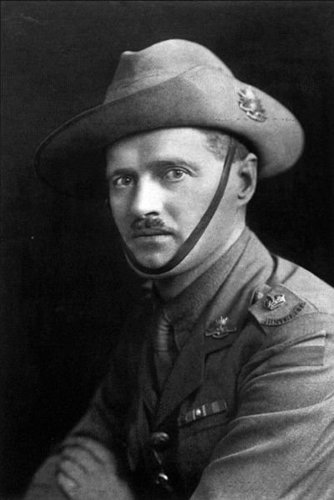 "Dawn showed at last and all had their rifles ready for a shot. Percy Black grabbed his and, sighting carefully, dropped a Turkish sniper, who had been crawling along the side of a cliff about 90 yards away. The poor wretch fell down the steep side, caught his legs in a low fork and there he hung for days. We all hoped that the shot had killed him and that he did not have to linger in such a position. Our own casualties began to mount up unpleasantly. One by one men hurtled down the steep hill, often shot through the head." (Private Harry Murray, 16th (Western Australia and South Australia) Battalion, 4th Brigade, NZ&A Division, AIF)

Their left flank was seriously exposed but the 16th Battalion machine guns on Pope’s Hill played a vital part in defending The Nek and the half-open route to Russell’s Top.

"There was no organised attack on us for some hours, but rifle fire was increasing in both volume and accuracy. Black never missed a chance with his machine gun and he was a deadly shot. As the day wore on, the Turks tried to cross some open country and Black caught them in enfilade in lines. They simply sank and died. In one case, when overtaken by that death rain, they hunched together for protection and very few escaped. This drew on Black a concentrated ‘hate’ from the Turks. A mountain gun shelled him. He got a shrapnel through the ear and another through his hand, both painful wounds which bled profusely, but still he managed to deliver his lethal spray whenever opportunity offered. His gun casing was now holed with rifle bullets. Suddenly a party of seventy Turks jumped out of a small depression some 80 yards in front. "Here they come," roared Percy, and a steady stream of fire roared from his gun. The nearest of them got to within 40 yards of us before collapsing. All were exceptionally brave men, who pushed home the attack in the name of Allah, but none were able to get back. A soldier by intuition, Black pointed out the weakness of our open left flank to an officer and offered to take a few men and line listening posts across the valley, but the officer seemed inclined to disregard the suggestion as being unimportant! Some Turkish snipers later got through the unguarded valley, as might have been expected and that officer was one of their first victims."

HELLES - Y BEACH - The 1st KOSB and the Plymouth Battalion, RND had made a successful unopposed landing at Y Beach on 25 April 1915. Unfortunately they failed to exploit any opportunities they failed to either press forward or to contact the troops landing at X Beach. Even worse, they failed to dig properly until it was too late and they found themselves under ever increasing fire from Turks moving up from Gully Beach.

That night the main body of the Turkish 1/25th Regiment appeared from the reserve position at Serafim Farm and launched a series of relentless attacks. Under the cover of darkness they managed to get close enough to fling hand grenades.

"The bombs came over thick and fast, those that fell short, threw the dirt in our eyes, those that fell over set fire to the gorse. Not only did the thoughts of being burned alive, cause us to take action, but the flare being behind us the Turks opened fire wherever a glare lit target appeared, we could not retaliate in kind, firstly we had no bombs and also the position we were in would not allow of us charging or firing at the bombers effectively. As the bombs burst, so men crawled out and put out the flames. We were finally saved from this predicament by the rain." (Private Daniel Joiner, 1st Battalion, King's Own Scottish Borderers)

All night the Turks pressed hard all along the overstretched line. Then, at about 07.00 on 26 April, they launched a final desperate attack.

"Down they came in greater numbers than ever, day was just breaking, no preliminaries this time. Line after line: our rifles got hot, wounded men were loading, officers getting us ammunition, what little could be got. It was impossible to miss, it was also impossible to last - something had to give way - it was us. We retired dropping back about 50 yards. Our remaining officers rallied us and we charged. The Turks were dumbfounded, they turned and ran for it. We tried to hold again but again we were forced back. Back and forward we swayed until the Turks had us on the top most edge of the cliffs, with a sheer drop of 300 feet. The beach was littered with our wounded, in many cases dying comrades. The Turks had the chance of a lifetime. Another push and we would have been over the cliffs. We had turned at bay, every man that could hold a rifle was brought into the line. Holding like this we waited for the last push. No sooner had the Turks shown a hesitation, than our remaining officer grasped the situation and ordered the charge. This time everything was in a mix, bayonets, butts, fists, feet, and in fact everything and anyhow. So mad was the rush, the Turks give away. We got them right back over the position which we had held all night." (Private Daniel Joiner, 1st Battalion, King's Own Scottish Borderers)

Towards the end of the night unsanctioned alarmist messages from various unknown individuals on Y Beach caused the navy to evacuate one isolated detachment of the KOSB and they were doing their best to get the wounded away under difficult conditions.

"We settled down to keep the Turks busy while the stores and wounded were taken off in small boats which the Navy were sending to our aid. The snipers were busy as each boat approached and left the cover of the cliffs. The wounded had to go through the water, up to their necks in order to reach the boats. Others who were being carried, after getting a ducking as the carriers lost their balance, imagine the conditions of some, blinded, some minus a leg, others a foot or an arm etc. Each naval boat was ready with its machine gun, the picket boats with 3-pounders. Our battleships were now pounding away at the enemy - we were to advance no more so they were able to fire without fear of hitting us." (Private Daniel Joiner, 1st Battalion, King's Own Scottish Borderers)

It was not only the wounded who were getting away on the boats. An increasing number of stragglers were drifting back. In the mad confusion many of the men seemed to have thought an evacuation had already begun and in the end the process gained its own momentum. Almost without any conscious decision Y Beach was surrendered by default. Private Joiner appears to have been one of those holding the clifftop line to give the rest time to get away.

"A rearguard action had to be commenced. We worked them nicely back until we were just near the crest line of the cliffs. There we held, and informed the ships who were keeping the Turks back, that we were ready to clear. By this time at the wounded and stores had been taken off. By prearranged signal, we dropped out of the Turks sight, below the crest. Many were injured by falling down the cliffs. We were now out of view, but the Turks must have got a shock. No sooner had we got clear the battleships opened fire at the top of the cliffs, and intervening ground and so made it practically impossible for the Turks to follow us. Other ships took up the fire until we had all got into the waiting boats." (Private Daniel Joiner, 1st Battalion, King's Own Scottish Borderers)

The Y Beach fiasco was over shortly after 11.30 on 26 April. as the evacuation was completed. Any brief opportunities that may have existed had been lost through another complete failure of command and control.