A crisp autumn morning yielded to brilliant blue skies and dazzling sunshine to warm marchers in the traditional Remembrance Sunday Parade in Whitehall. Members of the Royal family joined thousands of marchers and onlookers in paying tribute to the war dead from all conflicts. HRH Prince Charles laid a wreath on behalf of Her Majesty The Queen, who watched the Parade from a balcony overlooking the Cenotaph, the commemorative focal point of the Parade. 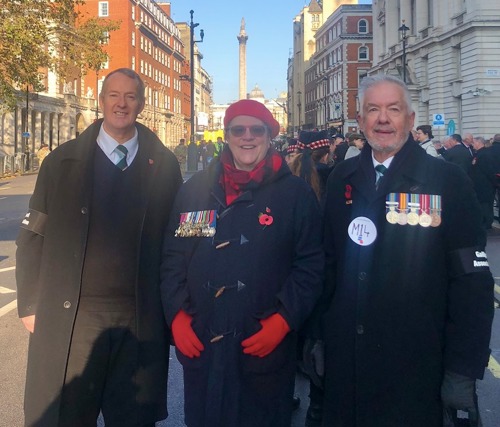 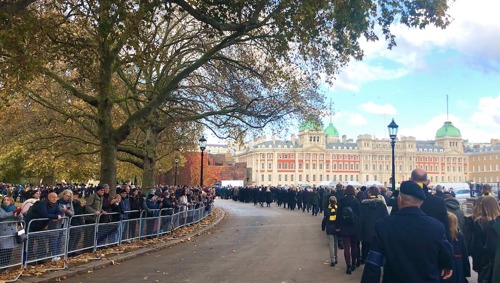 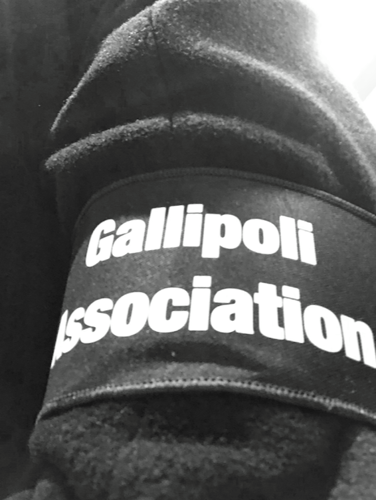