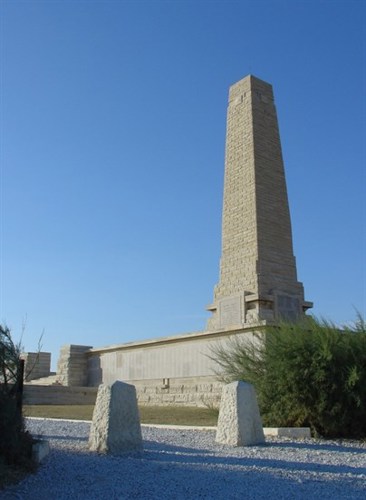 Fifteen descendants of veterans who took part in one of the bloodiest campaigns of 1915 followed in the footsteps of their forebears and attended the Centenary commemorative event in Turkey in April 2015.

One of the descendants, Lyn Edmonds from Godmanchester, Cambridgeshire traced the journey of her grandfather Private Benjamin Hurt who landed on 25 April and, despite being wounded a few weeks later, he stayed to fight on until January 1916. Benjamin, from Derbyshire, had joined up at the age of 17 in 1909 and fought at Gallipoli with the Royal Dublin Fusiliers. Of the 1,012 members of his battalion who landed that April only 90 or so remained on the peninsula when the unit was withdrawn early the following year.

Mrs Edmonds said: ‘It will be a privilege and emotional experience to be there in April to remember my grandfather exactly 100 years later and on the very spot where he landed under fire. He was so fortunate to have survived the terrible campaign and I will naturally be thinking of his many friends who did not return.’ 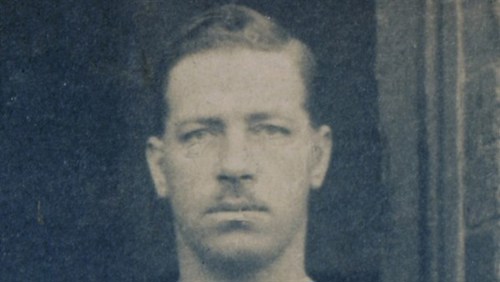 Benjamin Hurt went on to fight in further bloody battles, including the Somme, and survived the war. He later married, raised a family and continued his army service until his retirement in 1933.

It is likely that Benjamin would have known Private Thomas Toohey who was one of the Royal Dublin Fusiliers killed on the 25 April. Jon Toohey from Sandhurst, Berkshire, Thomas’ great nephew is one of those chosen to take part in the trip and will visit Gallipoli for the first time to see where his great uncle died.

It is likely that Benjamin would have known Private Thomas Toohey who was one of the Royal Dublin Fusiliers killed on the 25 April. Jon Toohey from Sandhurst, Berkshire, Thomas’ great nephew is one of those chosen to take part in the trip and will visit Gallipoli for the first time to see where his great uncle died. 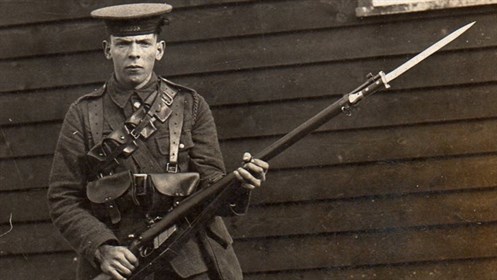 Above: A descendant of able bodied seaman Thomas Hartshorn was also at the service (photo credit: Gallipoli Association)

John Hartshorn from Harrogate, North Yorkshire, one of the descendants says, ‘My very existence is due to my great grandfather surviving from 29 April when he went ashore at Anzac Cove, to 22 August when dysentery finally got the better of him.’ John's great grandfather was Able Bodied Seaman Thomas Otto Hartshorn, Nelson Battalion, Royal Naval Division. 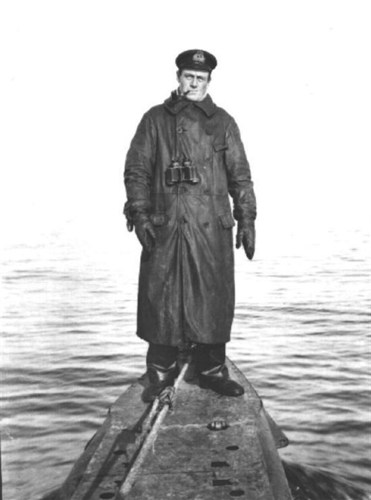 Two of the group are descended from Gallipoli veterans who were recipients of the VC, the highest British award for bravery in warfare, one being Sir James Dunbar-Nasmith, from Findhorn, Moray. His father was Lieutenant-Commander Martin Nasmith RN, who was awarded the VC in command of HM Submarine E11. He
led three patrols through the Dardanelles into the Sea of Marmara and Constantinople Harbour in the course of which he sank 97 Turkish ships including the Battleship Haradin Barbarossa, blew up a railway viaduct, and had an engagement with a troop of Turkish Cavalry on a cliff.

Sarah Kellam, from Taunton, Somerset will be honouring her grandfather, Lieutenant William John Symons, who served with the 7th Battalion Australian Imperial Forces (ANZAC) and was awarded the VC for defending Jacob’s Post on his own in the thick of the fighting during the August offensive at the Battle of Lone Pine. 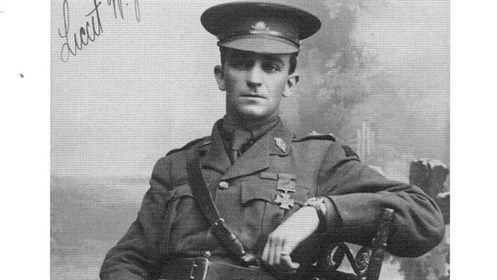 All 15 descendants have interesting stories to tell of their forebears and all are honoured to be able to attend the ceremony at Cape Helles, not only in memory of their relations, but also to recognise the many thousands of men from Britain and its Allies who fought and died in Gallipoli.

Father was Lieutenant-Commander Martin Nasmith, RN who was awarded the VC

Father was Richard Osbaldeston Spencer-Smith, a Captain in the Hampshire Regiment