“One night I was going to HQ from the trenches I heard some men in the dark so I pulled out my revolver and waited, when they came nearer I heard they were our men, two were helping a man badly shot-through the thighs.  I stopped them to see if I could do anything – but was unable – the dying man only said, “I have tried to do my duty so nothing else matters.”  The cries of the wounded were too awful that night.

Very little has been recorded about the many Welsh men who fought at Gallipoli and, until recently, the part they played has only merited a few lines in the history books, despite the fact that the August landings at Suvla were some of the blackest days of the entire war for North and mid-Wales with many war memorials bearing witness to these losses.

As the centenary of the landings grew closer I began to gather as much information as possible about Wales’s part in the campaign and this talk draws on the many accounts that have come to light in that search to ensure that the part these men played in the Gallipoli campaign is not forgotten.

Anne Pedley is a retired lecturer and a Trustee of the Royal Welch Fusiliers Museum Trust and an enthusiastic amateur historian of the Great War.

This is the fourth in a series of monthly Zoom talks. It will be held on:

The talk will be presented by Anne Pedley. Chaired by Ian Binnie, GA Education Coordinator. The talk will last one hour, with time for questions.

This talk is FREE to members, but we do encourage guests and the general public to join the Association or make a small donation. this helps us continue these talks and support our other charitable aims. 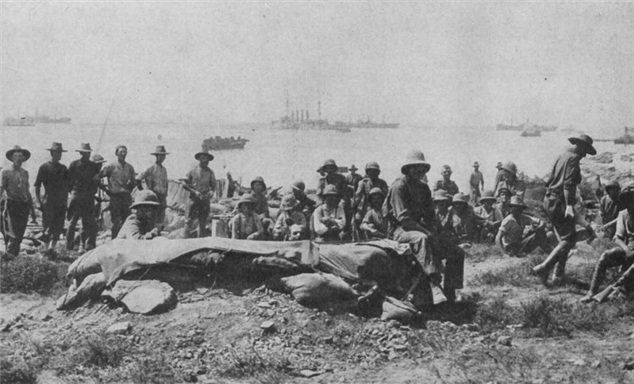