The Gallipoli Association are holding a series of monthly Zoom talks

The second is to be held on:

Guests of the Sultan: Gallipoli Prisoners of War

The talk will be presented by Stephen Chambers, Trustee and Historian of the Gallipoli Association. Chaired by Ian Binnie, GA Education Coordinator.
Stephen will talk on the largely untold story of what happened to Allied soldiers that were captured during the Gallipoli campaign. Often after bitter to hand fighting some were captured and survived to tell their tale, others just disappeared. There were rumours that Turkish soldiers would routinely execute British, Australian, New Zealand, Indian and French soldiers.

Were the eye-witness reports of prisoners being bayoneted, clubbed, shot and beaten to death, actually true? Was there a reluctance on both sides to take prisoners? Find out on 23rd February as Stephen's talk helps to expose the true story; the experience of the Allied prisoner of war in Turkish hands.

Stephen Chambers has been a member of the former Gallipoli Association since 1984, and in 2010 was appointed Webmaster, and in 2015 Historian when Michael Hickey passed away. Since charitable status was granted, Stephen has been a Trustee performing the roles of Historian and Webmaster. Stephen’s historical interest and passion is British Military history, in particular Gallipoli, which has led him to write several books, the latest being Gallipoli: The Dardanelles Disaster in Soldiers’ Words and Photographs. and Walking Gallipoli, a battlefield guide. He is an accredited Battlefield Guide and often visits Gallipoli where he leads tours. Stephen is also a member of the Western Front Association, Guild of Battlefield Guides, Arnhem Fellowship and Orders & Medals Research Society. He is a qualified IT Professional and has worked in the computing industry for over 25 years.

The talk will last one hour, with time for questions

This talk is FREE to members, but we do encourage guests and the general public to join the Association or make a small donation. this helps us continue these talks and support our other charitable aims. 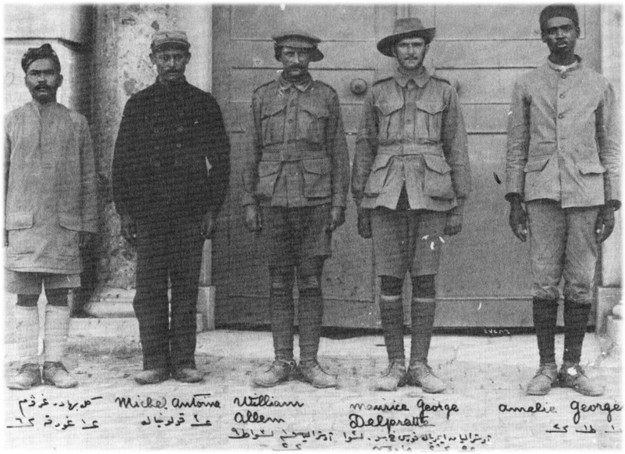