Subject to any new or ongoing Covid restrictions in place, we will again be holding the Gallipoli Association 2021 Conference in the Sovereign’s Room at the RAF Club, 128 Piccadilly, London W1J 7PY, a 7-minute walk from Green Park Tube station. (www.rafclub.org.uk). Cost £40 per ticket, which includes lunch, coffee and tea during the breaks. Registration from 09.15 in the foyer; the conference will run from 10.00 - 17.00. Please note that we reserve the right to change the speakers should circumstances dictate and also, tickets will not be issued or sent.

Amendment to the keynote speaker line-up
We are delighted to announce that Nigel McCrery has stepped into the breech as keynote speaker at very short notice, as Professor Julie d’Andurain has asked to have her talk on General Gouraud postponed until 2022. We will publish the title and details of his talk via the website and social media, as soon as they are known.

This year’s speakers and the topics are as follows:

The Post-Conference Dinner will be held in the RAF Club as well. Pre-dinner drinks (cash bar) from 17.30; dinner served at 19.00. A menu will be sent to those who have booked in good time beforehand. Cost is £50 per place, excluding wine and drinks.

Booking: Please book with the form below via post to: Mr Peter Luff, 19 Old Exeter Road, Tavistock, Devon PL19 0JE, via our website or by email at: conference@gallipoli-association.org. Payment must accompany your order, using one of the payment methods listed on the booking form.

The conference is open to both Gallipoli Association members and the public.

Our keynote speakers (in alphabetical order) and their presentations are summarised below: 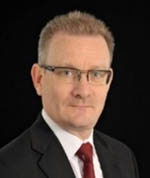 Dr Chris Martin is Reader in Maritime Security and Head of School of Politics and International Studies at the University of Hull. He was awarded the Julian Corbett Prize for Research in Modern Naval History in 2005 by the Institute of Historical Research. In 2017, his book, The UK as a Medium Maritime Power in the 21st Century (Palgrave Macmillan, 2016), was nominated for the UK Maritime Foundation's Mountbatten Award for the best literary contribution to public understanding of maritime affairs. He is a member of the Royal Navy Strategic Studies Centre, the Centre d’enseignement supérieur de la marine (Paris) and the Groupement d'intérêt scientifique d'histoire maritime (Nice) and he is an associate member of the Corbett Centre for Strategic Studies. His paper was a joint project undertaken with Dr Jean de Préneuf (University of Lille) and Dr Thomas Vaisset (University du Havre) The paper considers the factors needed for a success to have been made of joint Franco-British naval operations during the Dardanelles campaign of 1915 and 1916. It does so by examining the importance of: joint decision making at all levels of the coalition; effective communications within the coalition at both the strategic and operational level; and a mutual respect for the contribution and capability of all members of the coalition.

[Title of talk to be announced] 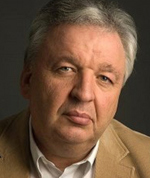 Nigel McCrery has had a varied career, first serving in the police force, then doing a degree in Modern History in Cambridge, before going on to work for the BBC.

Nigel is the author of The Vanished Battalion, about the 1/5th (Territorial) Battalion of the Norfolk Regiment which included men from the King's estate at Sandringham. Nigel co-produced the BBC adaptation of his book, broadcast as ‘All the King’s Men’.

He has also published many other books, ranging from military history, including Under the Guns of the Red Baron, History of the VC and History of the SAS, as well as several crime novels. 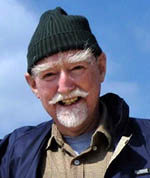 Michael D Robson has been a member of the Gallipoli Association for 28 years and is the grandson of a veteran in the Royal Naval Division. He has been a regular visitor to the battlefields on the peninsula for over a fifteen-year span. Born in Northumberland, he now lives in Israel. He has in-depth knowledge of the campaign and is a frequent contributor to The Gallipolian. On the Anzac Day service at Mount Scopus, Jerusalem, he lays a wreath on behalf of the Association.

His talk begins with the declaration of war between Russia and Turkey, when thousands of immigrants living in the Holy Land were given the choice of either becoming Ottoman subjects or their expulsion as enemy aliens. Those who chose the latter course ended up in Egypt – and by 1915, many wanted to have a go at the Turks. Michael will give an insight on the principal characters (the one-armed man and the great white hunter) in the story, how they wanted to form a fighting unit. However, the British High Command in Egypt only offered them a support service role, which became the Zion Mule Corps. Once landed on Gallipoli, the handlers and their mules worked tirelessly to move supplies and ammunition to where they were needed. Several of the members were awarded the Distinguished Conduct Medal and mentioned in dispatches. The talk rounds off with an incredible taped recording of an encounter forty years later between a Gallipoli veteran and…?

"Who Were the 29th Indian Brigade?” 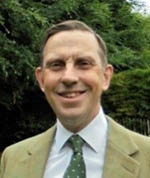 Lieutenant Colonel Mike Tickner is a Regular Army officer with an interest in the British Army in India. He regularly speaks to military and civilian groups, clubs and museums, has led battlefield studies and writes the occasional article. He will talk about the Hindus, Muslims and Sikhs who fought at Gallipoli in the 29th Indian Brigade and 7th Indian Mountain Artillery Brigade. These infantrymen, mountain gunners, medical orderlies, muleteers and non-combatants were from the mountains of Nepal, the North West Frontier, the Jat hills and the villages of the Indus flood plains. Some were Regular soldiers schooled in fighting Pathan tribesmen while others served in a Maharaja's private army. But who were these men? Why did they fight? Why had they been sent? Why were some battalions removed from Gallipoli after only a few weeks? The names of 1,500 of these men are found on the Cape Helles memorial but their contribution is so often overshadowed. Find out who were the 29th Indian Brigade.